Last night was the last night of the signing tour for the spring. What fun. We had a great time, sold a bunch of books, met some new people, and hopefully made some new fans. I'm looking forward to the next leg of signings, starting in July when I get back. So much fun.

OOh and today is My best friend Brooke's Birthday. 29. WOO! And today is also Colin Farrell's birthday, WOO for Colin. I'm celebrating just for him.... HEH. 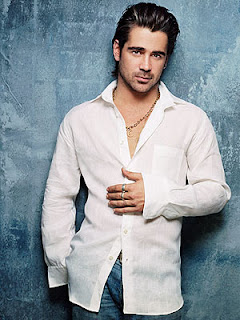 Last night though, at the mall we were at, the movie theater that was there had a fire alarm pulled in the middle of the Sex and the City showings. women went APESHIT. I mean it was like a demonstration out there. So the signing could have gone much better, especially if they had us in the front of the store, and we could have capitalized on that. *sigh* July should be better. I'm really looking forward to it.
Posted by Stella Price at 10:18 AM