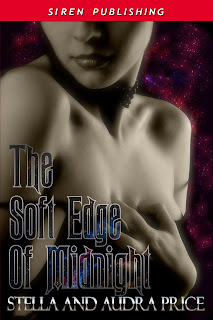 Audra and I just got the info.... we were nominated for mulitple awards at Love romances cafe!

Best Cover: Frost and Flame (Artist: Stella Price)
Best Paranormal Author: Stella and Audra Price
Best book all around: Soft Edge of Midnight
Best Cover Artist: Stella Price
Reviewers Choice Nominee: Soft Edge of Midnight
The polls open 1/1/08 and run to 1/20/08. I will announce the winners on 1/21/08.
To vote, please go to the cafe yahoo loop and click on polls on the 1st-20th.
http://groups.yahoo.com/group/loveromancescafe

Please stop by and vote for us! and thanks SO much for those who nominated us!

Stella
Posted by Stella Price at 12:52 PM No comments:

Email ThisBlogThis!Share to TwitterShare to FacebookShare to Pinterest
Labels: nominations

We finally finished our snake novel which is tentatively titled This is Forever. I'm so excited that its done. It took about 6 months to write and that was due to Audra's MIA status most of the year due to planning her wedding. I'm happy though, that its done, and now we are going through it for edits and such. Its a little over 88k and I think its one of the best we have ever written.

So next is finishing up Frost and Flame so it can have its Feb 15th release date with Tease. I cant wait to get Cash and Faris' book out there. its a good one if i do say so myself.

And finally, we are adding a bit to our first American Satyr book and deciding what to do with it. Aud and I have some ideas, but we aren't sure. I'm thinking of letting it sit till after the holidays.

So everyone have a safe and happy holiday and we will be back in the new year!
Posted by Stella Price at 12:24 PM No comments:

Email ThisBlogThis!Share to TwitterShare to FacebookShare to Pinterest
Labels: completion

The votes are in! the REC awards have been counted and Audra and I rocked it!: 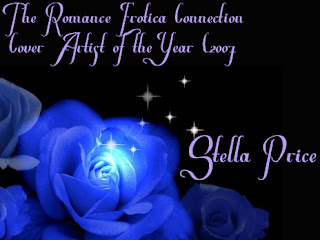 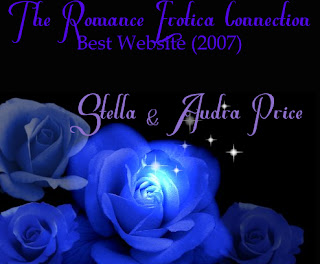 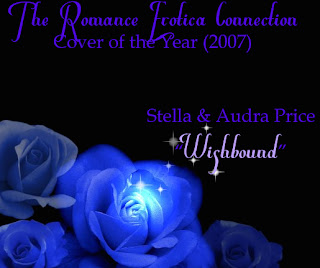 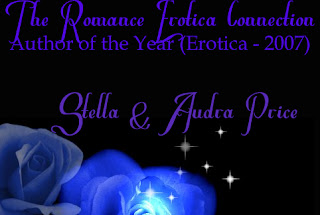 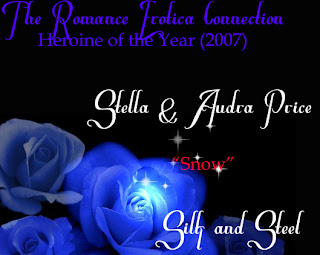 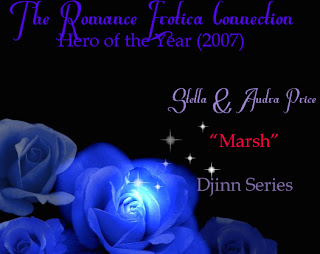 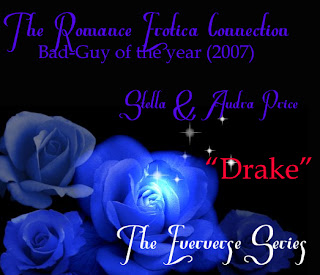 Thank you everyone who voted for us! WOOO!!!!
Posted by Stella Price at 3:57 PM 5 comments:

Email ThisBlogThis!Share to TwitterShare to FacebookShare to Pinterest
Labels: Awards

And yet once again Im forced to weigh in

So with all the bullshit going on with the owner of MGP coming back and trying to be an author again a lot of people are pissed and have been weighing in, and at this point I think its about time I said my piece.

First, I pretty much put it all behind me. We got fucked, and we learned something, don't trust people, because we all know about the "best intentions." That said, It does upset me greatly that shes back and playing dumb games. What is most disturbing is that she feels she did nothing wrong. If that was so, she would have paid everyone what she owed them, and no one would have issues with her now. Lets set the record straight.

1st. She told us it cost her 400$ to go print, when i know for a fact it is LESS then 100$ to go print with LSI per book. So thats a blatant lie. I also know that We sold over 150 books, because LSI does a small run of 200 books, which goes to Amazon/Ingrams warehouse. Audra and I sold out of our first run in under two weeks *Which btw, no one else at MGP did in the time it was there least of all Jaden or Teresa* and we never saw one penny of that Money. Now lets not even talk about the copies of the books that were sold on FW, ARe or her cart, Now with our print book royalties at 20% , We would have made about 300$, if not more. granted I took out a generous price of 150$ *which BTW, when sugar went back print it only cost our publisher 98.75$ so I'm being hella generous* and nothing for my editor because to this day she wasn't paid, nor was my editor for our Dragon book either, Just so you guys know* WHERE IS THAT MONEY? She is a charlatan who NEVER had any intentions of paying anyone. And I KNOW LSI paid her but we never received anything. WHAT DID SHE DO WITH OUR MONEY!?

The fact is, if she PAID people she wouldn't be having this backlash, and everyone would just leave her alone. If she was filing bankruptcy, then file, but don't reemerge like nothing happened and try to start over when you have a lot of people waiting on money you contractually agreed to pay.

As to her ramblings on her blog that I was recently shown, it takes a truly delusional person to think she isn't in the wrong for anything she did, especially the shady business dealings.

Personally I don't care what shes doing, just pay me my money that I earned by doing what an author should do, promotions and pushing their book. Situations like this don't endear an author to the publishing process, and at the very least they make a person think twice when wanting to get into publishing because theres more shady people out there then most people realize. And just to clarify, if she WASN'T SHADY she would have PAID EVERYONE and been done with it.
Posted by Stella Price at 11:31 PM 3 comments: