Congrats to our contest winners!

this time through.... We had Two! Thats right, so congrats to Jenn and Amy! they both win a Tshirt, a sugar and Sin notepad, a bumpersticker, Signed bookflat, New pen, Pin(or magnet i havent decided what yet) and a bottle of Essence of Fallon! Congrats Ladies and thanks for reading the book and entering!

Now to those who didnt win: dont feel bad! I have a contest coming up very soon to win a pack of tarot cards and some Eververse swag! So be on the lookout!

Your paper is paper...

Well its been an amusing week to say the least, and its only Wednesday. I reopened Twilight Industries on monday night, with a new website and a new list of services...So if you need something done at an affordable price, hit me up.

Also, It looks like im going to be doing an hour long workshop for booksellers at RT in Pittsburgh. Fun i know. Im looking forward to it, though im still going to look into doing a panel for it. Thats where the real fun is. So this is something to look forward to. LOL.

And thankfully, today we start writing once again. I have been doing so much promo stuff for events that Im doing and ones that others are that the post office is going to love me. I still have a ton more to do, but i do have a bit of time. I still have to burn another 50 cd's of Bargain for the give aways... but that can wait till last minute.

Back to writing. Just had to give you guys the heads up!
Posted by Stella Price at 11:26 AM No comments:

Stella and the movies 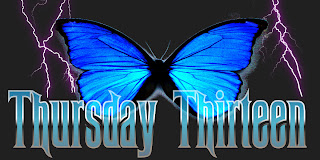 1.Hard Candy.
Well I didnt know what this was about, and I wont tell you either, but WOW what a powerful movie! The chick that plays kitty pride in X MEN is the main chick and this is a brutal story.

2.Bound
Ok, I LOVE LOVE LOVE Jennifer Tilly and I saw this and decided to pick this up because low and behold, Gina Gershon was in it as well. I didnt have ONE CLUE what i was getting into with this one... and i had to sit here watching this with my grandparents. If you have seen this flick, you know EXACTLY what im talking about. Oh and Joey Pants nude in one scene? EWWWW!

3.Tipping the Velvet
Ok I KNEW i was getting a flick about lesbians, which was fine, since i had read the book the movie was based off of, but WOW. It was a BBC thing, and my sister tells me all the time what prudes they are overseas, and i tend not to believe her... and i believe her EVEN LESS now. Still, the story was a good one.

4.Secretary
James Spader is one of those no so hot hot guys you know, but i LOVED this movie! What a refreshing change, and what a love story! Movies like that give alternative literature hope.

5.Now You Know
This flick was done by the guy that played Randal in Clerks 1 and 2. OMG i was laughing SO HARD! Seriously, what a great movie! and the kid that played Elias in Clerks 2 is in it...hes hysterical too.

6.Grammas Boy
Anyone else see this? It was done by Adam Sandlers freinds. OMG. this is quite possibly the FUNNIEST movie i haver EVER seen. I mean i cant even discribe it. Rent it if you can.

7.The Thirst.
OK. Now Im a fan of jeremy Sisto. but this is too much. what a HUGE piece of garbage. And the chick that played glory on buffy (ewwww) was in it too. was a bad vampire flick. Seriously Im thinking of emailing the production company and demanding the hour and 40 mins of my life back.

8.Strictly Ballroom.
Thank the netflicks gods! i have always LOVED this movie and its been ages since i have seen it. If you havent seen this, OMG you HAVE to!!!

9.Embrace of the Vampire
YEP. what a piece of CRAP. First of all, the guy that plays the vampy is UNATTRACTIVE, but Alyssa Milano is just the wrong kinda whore in this flick. i think theres some serious plot holes in this one.

10.Ring Around the Rosie
OK. another load of garbage. Im still trying to figure out what possessed me to rent this and actually watch it. stay far far away.

11.The Covenant
OMG, not a obscure movie,but i had to put it on here. this movie is The Craft for chicks, only they have some very sexy half naked man candy in this one. Dont get me wrong the acting was good, but the story LACKED severely. Still waiting on a directors cut to save it.

12.An American Haunting.
Little did i know this movie was about child abuse and incest. See they dont tell you that when you see the previews. totally killed it for me. I mean yes, its an importnant topic, but i wanna enjoy my horror and NOT get a moral thrust at me at the end.

Email ThisBlogThis!Share to TwitterShare to FacebookShare to Pinterest
Labels: tt

My brain is on underdrive.

Yeah. Thats the best way to describe it, underdrive. With Aud being MIA for the past week and a few days, And we havent been writing, i havent been really creative because of it. Its not writersblock, its more lack of materials coming from the other fountain in the Eververse. Sucks i know.

So Lemme tell you guys about the signing. It went amazingly. The ladies are all super nice, and the borders was a beautiful one. If i was part of a store run book club, i would LOVE to have it in a store like that. Seriously, its probably one of the nicest stores i have been in. And the staff and the management was amazingly cool too. Im looking forward to visiting again.

The Q and A was amazing! I normally have freeze issues when i speak in public, but this was just so relaxed, and it was both Jacki and I up there working off each other that it didnt feel weird at all. they all asked some great questions of both Jacki and I, and I just feel like I Actually answered them satisfactorily.

And.... I sold all 10 books! And now *nerves set in* they are reading it and Im nervous as to what they are going to think. LOL. I just hope they like it, and i dont have a worry though about them understanding it, not like some that have read it, because they seemed open to things other than the mainstream of Romance.

Dinner was SO much fun! Jacki and I sat in the middle and were just engaged in conversation left and right. It was so Rockstar and I LOVE that i had a chance to do this, especially with so MANY amazing women about that were readers! Im so looking forward to doing it again!
Posted by Stella Price at 8:30 AM 1 comment:

Well We are leaving to go back to NY in about an hour and a half. Yep we had a great time, sold books and did a q and a. It was very good, and We had a lot of fun. Theres pictures, so im sure ill be posting some.

On our way to Georgetown, we got lost, and got directions from a drunk chick. took three of us to decipher what the hell she was saying, and oddly, it was very very good directions.

So year, Im leaving soon, but thought i would pop in and give you guys an update.

So its contest time again, i only hope this is a better one the the last. Who is ready to win some fun and fabulous prizes? I bet you are. So heres the deal... answer the questions, win a prize!

1. name the three couples in Sugar and Sin.
2. who is older, Stella or Audra?
3. what kinda demon is Cassiel?

Opinion: Favorite Character out of all the Books
What do you win? An Eververse Tshirt, a Sugar and Sin notepad, a I do it Demon Style bumper sticker, a signed book flat, pen, pin and mini bottle of the Essence of Fallon spray.

Contest open till August 1st and is open to everyone! Send your entries to stella@stellaandaudra.com with "3 questions Contest" in the subject line. Good Luck and enjoy!
Posted by Stella Price at 11:55 AM 1 comment:

Email ThisBlogThis!Share to TwitterShare to FacebookShare to Pinterest
Labels: contests

Lots and Lots of goodness...

So the edits are finished and the books are polished for both Eververse books. Friday they go to the printer. Im excited. Total Pig in shit. Now to finishe the works under our belt and we will be good to go.

Saturday is the signing with Jacki in Mass-of-two-shits, and i cant wait. it will be good to get out and meet the public again, and the amount of goodies and gifties i have should hook us up no doubt with a few new readers, or at least thats what Im hoping.

And friday im going to post a contest on here for the faithful. Hope you will check it out. Im off to pack and get promo ready.
Posted by Stella Price at 1:11 PM 1 comment:

So aparently 4 covers i have done are up for July Covey of the Month award at the Covey Awards Blog. So im rather excited about that. What covers? Well I shall show you.... 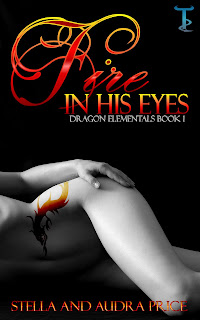 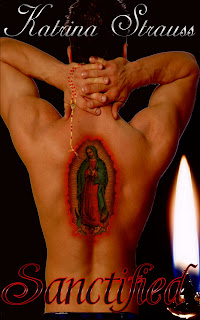 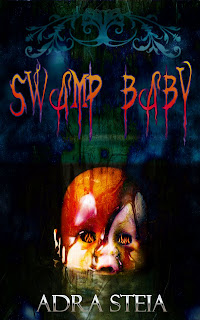 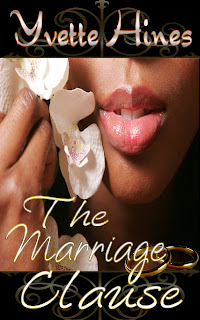 All i know about voting is that it starts the third week of July, and Im really hoping to win one of these (and I know the authors are too!) So Stay tuned!
Posted by Stella Price at 6:22 PM No comments:

Yep i got two weeks till the next signing, and boy am i getting harried. I have 50 cd's to burn to give out the free book at the signing, have to finish getting the goodie bags finished, pack everything up, and get the few books i was able to procure in the mail. This is the beginning of a season of signings and events and damn if im not excited about it.

Also, Tease is in the last leg of setting ready to open in August, with 7 releases, all going print. Two of them are mine and Im so excited about that as well. it will enable me to prove that we are a print author, and we DO sell better in print. Im looking forward to that.

The new website is getting LOTS of feedback, and I love it, All i have to do now is finishe up a few small things with it and Ill be golden. So this week is all trying to get stuff finished with the snake book, its going amazingly, and then its finish graphics... YAY.
Posted by Stella Price at 9:04 AM 2 comments: